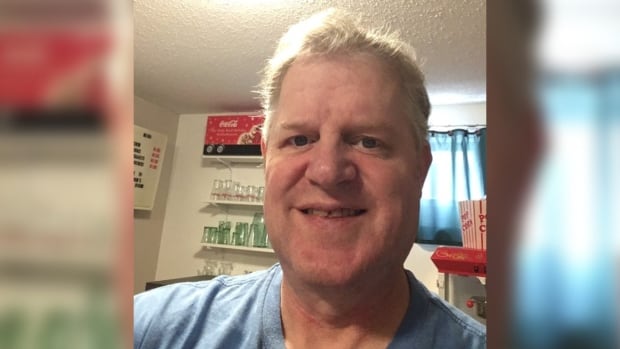 WARNING: This article contains graphic content and may affect those who have experienced sexual and physical abuse or know someone who has.

Todd Tisdale dreamed of playing major league hockey. He didn’t think he would make it to the NHL, but he loved the game and always wanted to pursue hockey at the junior level.

As a teenager, he left his hometown and headed to a private boarding school in Wilcox, Saskatchewan, known for its prestigious hockey program.

But before the center had a chance to chase the puck on the ice, he left Christian College traumatized.

Tisdale said he suffered physical, mental and sexual abuse from fellow students during hazing rituals while attending Athol Murray College of Notre Dame in Wilcox, just south of Regina, in 1986. The experiments haunted him for decades, he said, but recently he found a way to heal and wants to help others.

“I just want to change people’s perspective on hazing. It’s not some kind of bonding experience. It’s a terrible, traumatic experience,” Tisdale said.

He first shared his story publicly in a TSN article published in December 2021. Several people have since reached out to him to share similar experiences. The response encouraged him to keep talking.

‘A lot of trauma’

Tisdale now lives in Medicine Hat, Alberta, but grew up playing hockey and wearing number 9 in Swift Current, Saskatchewan. He was inspired as a young teenager by his older brother, who won a national championship with the Notre Dame team, so he applied.

He was accepted as a grade 11 student at the age of 15 and saw it as a springboard for his aspirations.

However, the school was not what he expected and hazing was rampant, he said.

At first, he was forced to do basic chores for older students, but the hazing escalated. He had to massage other students and was punched and choked, once to the point of passing out, Tisdale said.

“A lot of things that happened at this school that shouldn’t have happened.”

Tisdale recalls one particularly traumatic incident, he was forced into a room with other students.

When he entered, another student already in the room had his pants down and a string tied around his genitals, Tisdale said. The other end of the rope was tied to his own penis and the other students forced the boys to “arm wrestle” with their genitals, he said. The loser had to stay and face another person.

Tisdale said when he left school to see his girlfriend in Regina, the school expelled him for leaving without permission. After that, he struggled mentally.

He left Saskatchewan and tried to keep busy to distract himself from the pain.

He said he asked the school to apologize twice in the 1990s without success. Years later, he launched a civil lawsuit.

The statement was filed in 2018. It says Tisdale was underage when he attended school and the college acted as his guardian and supervisor.

Lawsuit states that Tisdale’s abuse and injuries were the result of negligence by school staff, that the college failed to provide adequate supervision of dormitories and students, and that it failed to protect Tisdale while he was in his custody.

The statement alleges that had the college not been negligent, the sexual and physical assaults would not have occurred. He is asking for financial compensation, to be determined by the trial judge.

A statement of defense filed on behalf of Athol Murray College of Notre Dame said the college denies all allegations in Tisdale’s statement, including that it was negligence or breach of duty of care. .

He asks Tisdale to prove that he suffered the injuries and damages described. The college denies liability for the students’ actions against other students and has asked the courts to dismiss the lawsuit with costs.

Tisdale recently amended its statement, filing a new version on April 29, 2022, which lists a second defendant in addition to the college – another man who was a student staying in the same dorm as Tisdale in 1986 while in college.

The amended statement says the man, who was also a minor at the time, was responsible for some of the abuse Tisdale alleged. This defendant must file a defense within 30 days of service.

The school did not respond to a question from CBC News about whether it had taken steps to stop hazing rituals among its student-athletes since Tisdale was there.

In a May 11 written statement sent to CBC on behalf of President Rob Palmarin, the college confirmed the lawsuit, but said “Our Lady cannot comment further on this matter publicly at this time as the lawsuit is still ongoing.” .

Jay Johnson, a professor in the University of Manitoba’s faculty of kinesiology and recreation management, said there is a long history of violent hazing in boarding schools and athletic institutions.

The purpose of hazing is often to establish a hierarchy among a group of people — players on a team or students in a dorm, for example — and to mark an entrance or transition to the new situation, he said. he declares.

It’s rooted in tradition and has often existed as an “open secret” in institutions, said Johnson, who has studied sports-related hazing for years.

“We rarely hear the voices of these former athletes or students because they feel alone,” he said.

But it’s essential that they come forward, so people don’t see this as a problem of the past, Johnson said.

“I think it’s really important that if we really want to change a culture in an institution, like sport, we have to keep hearing these stories.”

Johnson said that since the 1980s there has been more progress towards ending hazing, with more awareness and public scrutiny. Many schools and teams now have policies, but he said institutions needed to go beyond a new paragraph in their code of conduct.

Johnson has worked with sports teams to help them create new traditions, like a canoe trip, to bring young and old together and emphasize teamwork.

“I don’t think it’s necessary to humiliate, degrade or hurt an individual to welcome them as a new member in the group.”

Tisdale said he’s been struggling for decades, but 2021 has been a game changer. Tisdale said his brother could see he was going through a dark time, so he reached out to former NHL player Theo Fleury and asked if he could help.

Fleury was candid about her own experiences of abuse, trauma and attempts to cope. In his 2009 autobiography, Play with firehe revealed he had been sexually abused by a junior hockey coach and said he hoped his story would help others come forward.

Tisdale has spoken with Fleury several times since then and said the connection has been key to her recovery. He’s been able to open up and lean more on his friends for support, Tisdale said, and every two weeks he attends a group meeting for support.

A key piece of advice he gleaned from Fleury is that helping is healing, Tisdale said. Her voice thickens with emotion as she thinks of the young people who might face abusive hazing today.

“Tell someone. Tell a coach, tell a parent. Tell a friend and know you’re not alone.”

Support is available for anyone who has been sexually assaulted. You can access local crisis lines and support services through this Government of Canada website or the Ending Violence Association of Canada database. If you are in immediate danger or fear for your safety or the safety of those around you, please call 911.