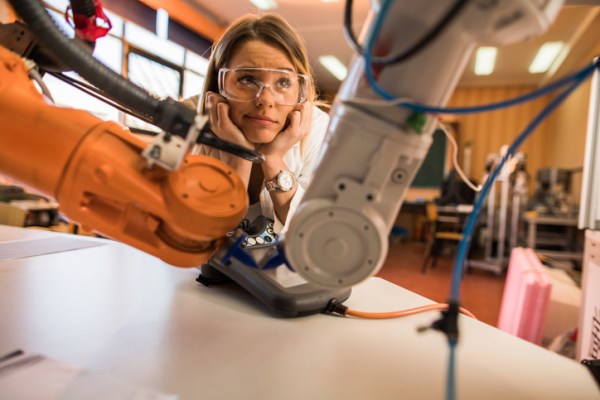 A few years ago, I got into the habit of asking researchers the main question: Are universities doing enough to foster robotics startups? For one, the answer was invariably “no”. It was a massive blind spot for some of the world’s biggest research institutes, both to commercialize their own work and to give their best and brightest a clearer path in the early-stage startup world.

The disconnect is perhaps understandable. University researchers should, ultimately, focus on the greater good of advancing science and technology. But the thing is, in our society, commercializing that work can often be the fastest way to get it from the lab to the real world.

This process is an often overlooked aspect of deep tech startups. The coverage (and I’ll certainly admit it too) largely focuses on the lab or the startup, but little on what lies in between. For this reason, the topic has been a bit of a recurring theme on many panels during the TC: Robotics 2022 sessions.

It was something I was excited to unpack a bit during my chat with MIT CSAIL Director Daniela Rus and Carnegie Mellon University Robotics Institute Director Matthew Johnson-Roberson.

“I think it’s an ongoing challenge,” admits Johnson-Roberson, who also co-founded and serves as CTO of last-mile robotic delivery service Refraction AI. “Universities want to help students achieve their dreams, whatever they may be. I think one of the things that’s happening the most is that more students are aware of the startup ecosystem. They are more aware that this is a possible path for them. Practically, we are catching up at the same time as the rest of the community is catching up. I don’t think the venture capital was there, I don’t think a lot of the support infrastructure that you would need was there. In some ways, I think we’re all going to get there at the same time.

For his part, Rus cites a number of existing MIT incubator and accelerator programs aimed at helping students take their first steps into the startup space. “But I would say there is still a significant gap. The gap is between developing the research prototype – something that’s good enough to show off to the scientific community and showing the possibility of a new type of machine or capability – and turning it into a minimal viable product. . It takes time, takes resources, takes energy. I think what is needed most in this area is to provide bridge funding to students who want to do their thesis work and make it relevant.

The consensus around the topic is that things are definitely moving in the right direction when it comes to moving from the lab to the start-up space, but the ecosystem is improving at many top research institutions. Students and schools simply have too much to lose by not bridging the gap between research and entrepreneurship.