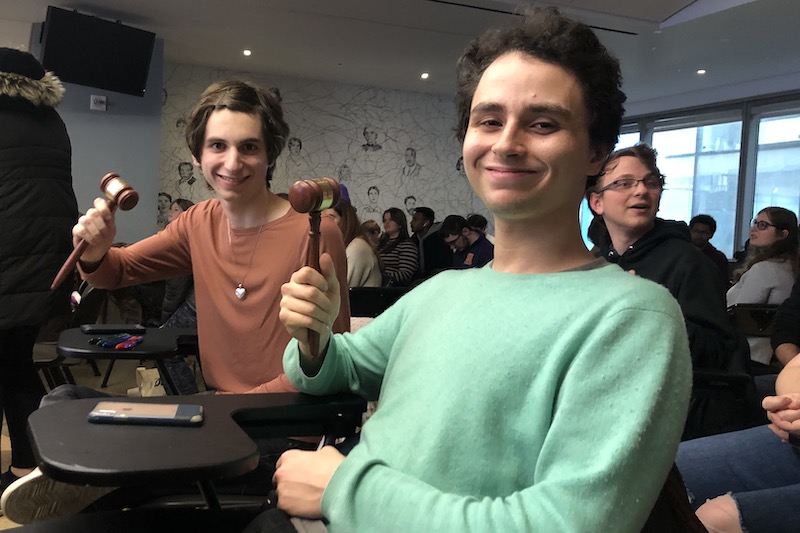 Bard students Gwen Stearns ’21 and Pascal O’Neill ’23 represented the Bard Debate Union at the 2021 World University Debate Championship (July 6-13), an annual event that attracts nearly 400 students from over 50 countries . Although usually held in person (the Bard Debate Union has participated in this event in Greece, Mexico, South Africa and Thailand), this year’s tournament was held online, hosted by Debate Korea (South Korea). South).

Gwen and Pascal have debated teams around the world, including winning rounds against Harvard, Yale, Cambridge, the London School of Economics and the University of Toronto. After nine grueling prelims, they made Bard history by becoming the first Bard team to advance to the world championship playoffs. Some of the motions they debated included: “This house opposes the academicization of social justice movements”, “This house prefers environmental movements prioritizing a local agenda over a global agenda (eg , focus on local pollution rather than climate change) “, and” This house, like South Korea, would aim to significantly increase its cross-border economic cooperation with North Korea. ” In the end, Gwen and Pascal finished the tournament in 13th place.

For more information on the Bard Debate Union, visit debate.bard.edu.