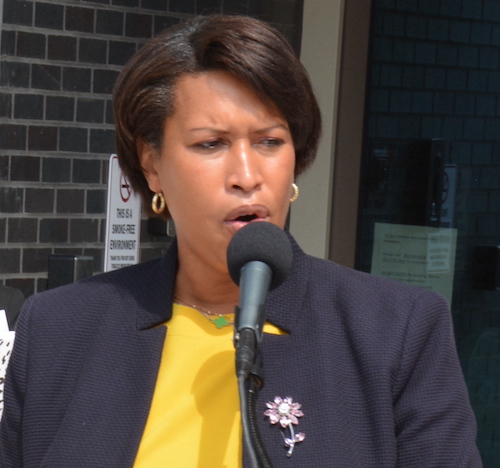 Weeks after the start of the new school year and after hundreds of reported cases of COVID-19 among schoolchildren, DC Mayor Muriel Bowser recently expanded the vaccine’s mandate to include teachers and staff in public charter, private and parish schools in the district.

The immunization deadline for teachers and staff in these areas, as well as for employees of day care centers regulated by the Office of the State Superintendent of Education, falls on November 1.

Bowser described the updated mandate, which has no option for weekly testing, as another layer of protection for students in the district who are currently too young to receive a vaccination protecting them from COVID-19.

“It’s clear, especially for our young people who are not yet eligible for vaccines, [that] the best way to protect them is to have the adults around them vaccinated in addition to other mitigation strategies, â€Bowser said on the morning of Monday, September 20.

The newly announced vaccination mandate includes religious and medical exemptions. Students 12 and older who will participate in athletic programs this year should also be vaccinated.

September 19 marked the deadline for a vaccination warrant that Bowser announced last month on district employees, which includes public school teachers. At the time of the announcement, Department of Health Director LaQuandra Nesbitt reported an increase in COVID-19 cases among unvaccinated people aged 25 to 34.

Since then, members of the DC Council and the Charter School Alliance, among others, have called for an expanded mandate for vaccines and the removal of the regular testing option.
Cries for this plan of action have multiplied as hundreds of students and teachers of the public and public charter system have entered quarantine.

For Dr Jeffrey Grant, CEO of Monument Academy Public Charter School in the North East, imposing a vaccination mandate at the start of the school year makes the most sense.

Monument, a boarding school for middle-aged children, has gradually allowed students to return to campus throughout the pandemic. In early August, Grant told teachers and staff that, out of concern for the students who have learned and lived on campus, they should at least have had their first injection by mid-September. Soon after, the school severed ties with seven staff members who failed to follow through on the warrant.

“My students will be masked for up to 23 hours a day [and] I’m not going to torture my younger stakeholders, â€Grant told The Informer. â€œI can’t make any accommodations for the exemptions because you live and work around these babies. Your body could be a host.

In recent weeks, administrators of other charter schools have taken similar action.

Howard University Middle School of Mathematics & Science has made vaccination mandatory, not only out of consideration for students ineligible for vaccinations, but also for students and staff that teachers may encounter on their way to work each morning.

As part of their campaign, administrators hosted an information session in which a science teacher delved into the specifics of the COVID-19 vaccine for teachers and parents.

“He compared it to the flu shot, pneumonia and other things [and] he told the story, â€said Kathryn Procope, school principal at Howard University Middle School of Mathematics & Science.

â€œHe also gave statistics on how the virus attacks our population more than anyone else. [and] it changed the opinion of people who were suspicious, â€she said.

Universities warned against silence during unrest