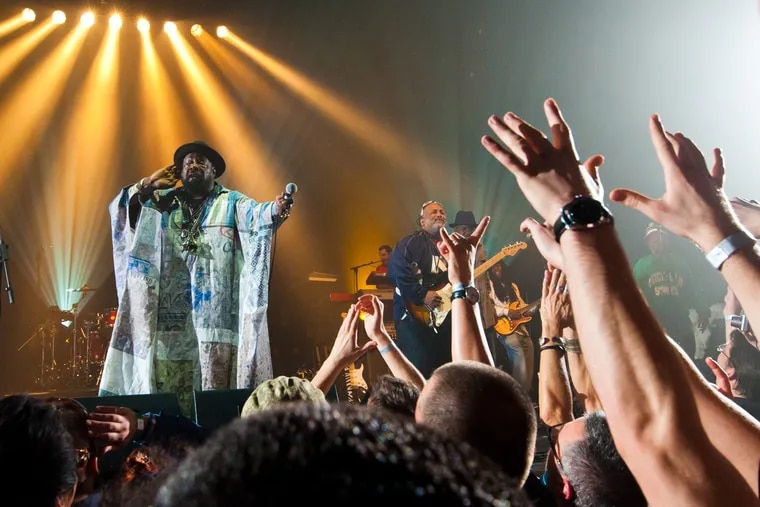 1. George Clinton & Parliament-Funkadelic. In 2019, George Clinton decided to quit. The funk visionary was not going to tour anymore, choosing instead to let the P-Funk family carry on without him.

” I have much to do. Movies to make and cartoons,” the man also known as Dr. Funkenstein told me at the time, while explaining the thinking behind the title of Funkadelic’s 1970 album. Free your mind… and your A– will follow.

“If you follow your body, it will get you in trouble,” he said. “It’s going to relate to all the things that feel good. … You must first take care of the mind. Otherwise, you will twerk your way through life.

But three years later, her spirit told her it was time to get back on stage. Like so many pop stars, Clinton – who counts Count Basie, Duke Ellington and Prince among her favorite bandleaders – hasn’t retired and is back for another hurrah.

So on Thursday, the man who is also known as Uncle Jam, will keep the patriotic 4th of July spirit alive when he brings the One Nation Under a Groove Tour to the Fillmore for what may truly be the last time, with a group that will include many of his children and grandchildren. The Floozies open. $52 to $130. 6:30 p.m., July 7, Fillmore Philadelphia, 29 E. Allen St., fillmorephilly.com.

2. John Hiatt. Last month at the Mann Center, after singing John Hiatt’s “No Business” from his 1991 album Luck of the drawBonnie Raitt paid tribute to the songwriter, who provided her with not just that hit, but an even bigger one with 1989’s “Thing Called Love.” Just in time.

This week Hiatt, who has had his songs covered by everyone from Iggy Pop to BB King, is coming to town for two shows at City Winery. His latest album, last year’s remaining feelings, is a collaboration with virtuoso dobro player Jerry Douglas. For this tour, he has another terrific guitarist in tow in Louisiana, slide genius Sonny Landreth, who will be supporting him with the Goners. Suitcase Junket opens. $65 to $95, July 6-7, 8 p.m., 990 Filbert Street, citywinery.com/philadelphia.

3. Attia Taylor, space ghost. Attia Taylor grew up in North Philly, went to boarding school at Girard College and trained in music at Girls Rock Philly. In the early 2010s, she released a string of EPs that showed the influence of dream-pop bands like Stereolab, before moving to Brooklyn, where she worked for Planned Parenthood and founded Womanly, a magazine that works to “empower women and non-binary individuals take control of your health through art and creativity.

For space ghost, her debut album which is out Friday from Philadelphia’s Lame-O Records, she returned home to work with producer Jeff Zeigler, who has previously teamed up with The War On Drugs and Mary Lattimore, among others. Taylor’s continued musical growth is evident on the album, which manifests influences like Minnie Ripperton and Laurie Anderson. And yes, it is titled after the Adult Swim animated television show in which Taylor took refuge as a child. She’s celebrating the album’s release with a local show on Thursday. Cory Carris-Duncan opens. $12, 8 p.m., July 7, Johnny Brenda’s, 1201 N. Frankford Ave., johnnybrendas.com

4. Band of Tedeschi Trucks. The Southern rock and blues band fronted by wife and husband guitarists Susan Tedeschi and Derek Trucks has been keeping busy during the pandemic. Their new project, which is called I am the moon, is a doozy.

These are four albums – each with six songs, accompanied by a film – which will be released one month apart. The first two, subtitled Increasing and ascent, are out now. The story they tell is based on the 12th century Persian poem Layla and Majnun by Nizami Ganjavi, whose title inspired Derek and the Dominos’ 1970s album Layla and other assorted love songs, which TTB covered in full at a 2019 concert that was released as a live album last year.

The whole band wrote songs to bring the star-crossed lovers story to life, which has often been compared to Shakespeare’s “Romeo and Juliet”.” Increasing is fluid and adventurous, blending blues-based soloing with Middle Eastern influences. The 12-member band will draw from the first two games and dive into their catalog when they play the Mann on Friday. Los Lobos and Gabe Dixon open. $20 to $33, 6:30 p.m., July 8, 5201 Parkside Avenue, manncenter.org.

5. Women who rock. This four-part docuseries on the EPIX channel will air on Sunday paying “homage to the pioneers of music who have stormed the stage, wielded their instruments, amplified their voices and sung the soundtrack of our lives”.

What bodes well for this doc is that it’s the work of Chicago music scribe Jessica Hopper, who serves as an executive producer and also directs. She is the author of a revised and expanded paperback edition of her 2015 book whose title highlights what male-dominated racketeering music journalism has been like: The first collection of reviews from a living rock critic. 9 p.m., July 10 on EPIX.