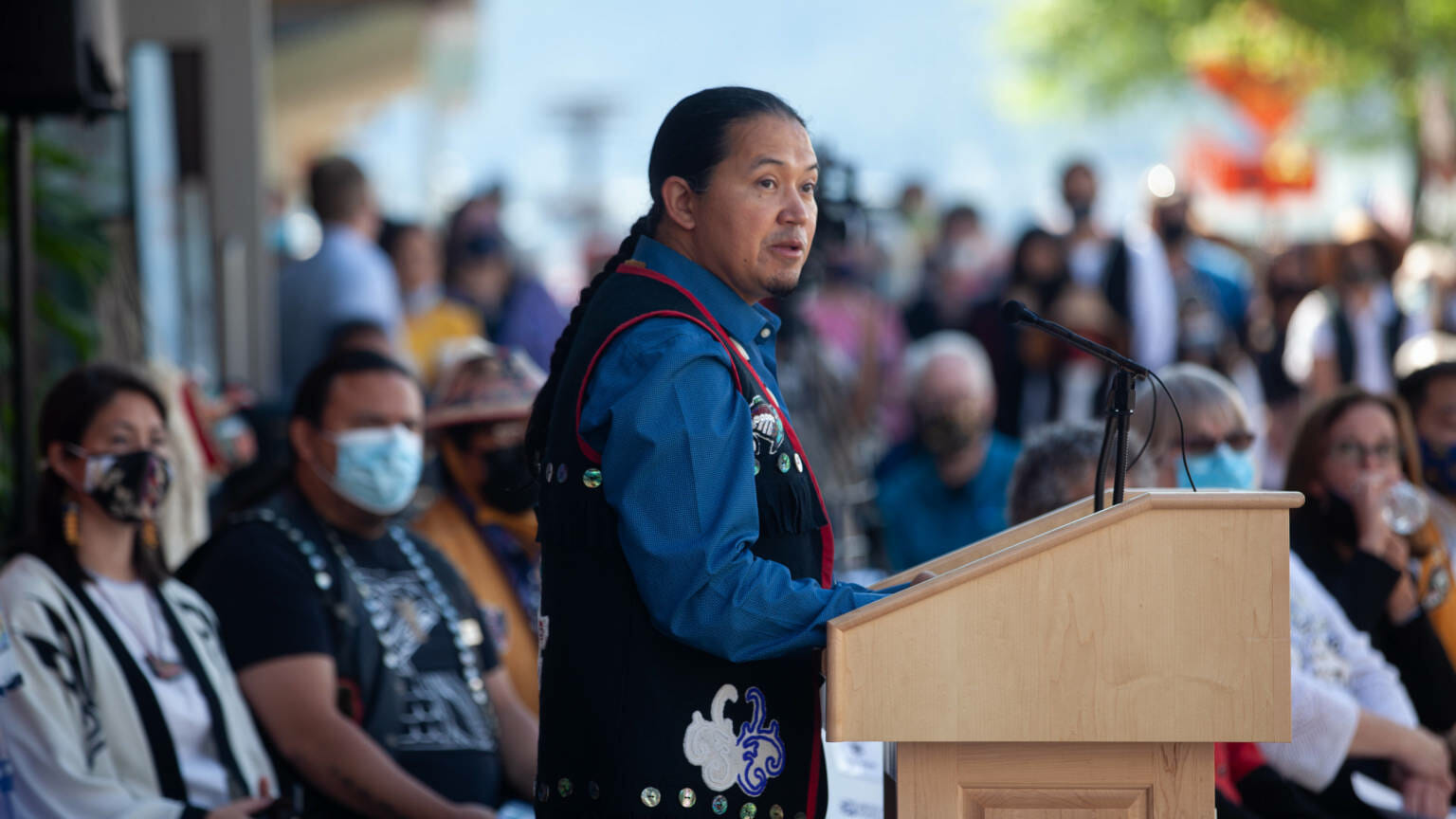 Fellow Rasmuson to use award for a film script, in Lingít, about the dark history of the Native residential school

There is no title for the screenplay yet, but now X̱’unei Lance Twitchell has a grant from the Rasmuson Foundation to fulfill a long-held dream – bringing a true story to life, about how residential schools came to be. systematically tried to kill native languages.

Twitchell says this dark chapter in the story has recently caught on mainstream consciousness, but it has heard stories for years, from elders like the late Marge Dutson.

She also told a story about when she spoke Lingit on her first day of class at the Juneau Indian Office School, when her teacher grabbed her by the hair, lifted her off the ground. and shook her violently.

Twitchell said these stories of courage still inspire him today, but when he set out to record them years ago, a linguist – the late Michael Krauss, who worked to preserve a number of Indigenous languages of Alaska, some of which have disappeared – encouraged him to have the elders share them in Lingit, as this would better preserve the details of what they experienced.

It was then that he decided to tell the story – in Lingit – of two boys who ran away from their boarding school.

“Torture, abuse of all kinds was happening in these places – and then to have that from the point of view of two young people, who are native speakers of Lingít and who are there as siblings and can communicate with each other and make a decision to get out of it, I think he has a lot of potential power.

The boys used their traditional knowledge to guide them home from Oregon. It is a story he has heard from several members of the same family who have since passed away, with the exception of Florence Sheakley. Sheakley’s father, Willie Marks, is the boy who ran away from school with his brother.

Twitchell says the stepping stone for the script will be a high-quality film by the Elder telling her story to Lingit. Twitchell will receive $ 18,000 for its work and share some of it with Sheakley.

He says it won’t be easy to write the script entirely in Lingit, but Marge Dutson’s words remind him why it’s so important.

Twitchell is hoping a script in Lingit can capture some of that sentiment. He says that the subtitles can be used if the script is ever made into a movie.