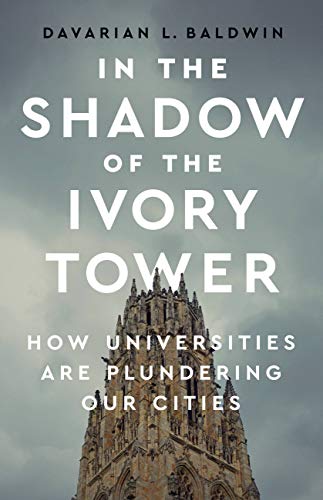 How universities plunder our cities ”

Kate Wolf and Eric Newman speak with writer and historian Davarian L. Baldwin, distinguished professor Paul E. Raether of American studies and founding director of the Smart Cities Lab at Trinity College. His latest book is In the shadow of the ivory tower: how universities plunder our cities, an exploration of the often difficult relationship between universities and the cities they inhabit. The book draws on many examples, such as Yale, Columbia, NYU, the University of Chicago, and even Trinity College, to show the impact schools have on their surrounding neighborhoods. Quite often, these universities are engines of inequality, displacement and gentrification. In the era of post-industrialization, universities have replaced factories to become their cities’ biggest employers, with tax-exempt status to boot, giving them excessive power, while focusing on enrichment. staff.

Also, Susan Bernofsky, author of Clairvoyant of the Small, a comprehensive study of the life and work of Robert Walser, recommends Kate Zambreno Write as if already dead, which is itself a study of the work of author and artist Hervé Guibert, who died of AIDS in his early thirties.