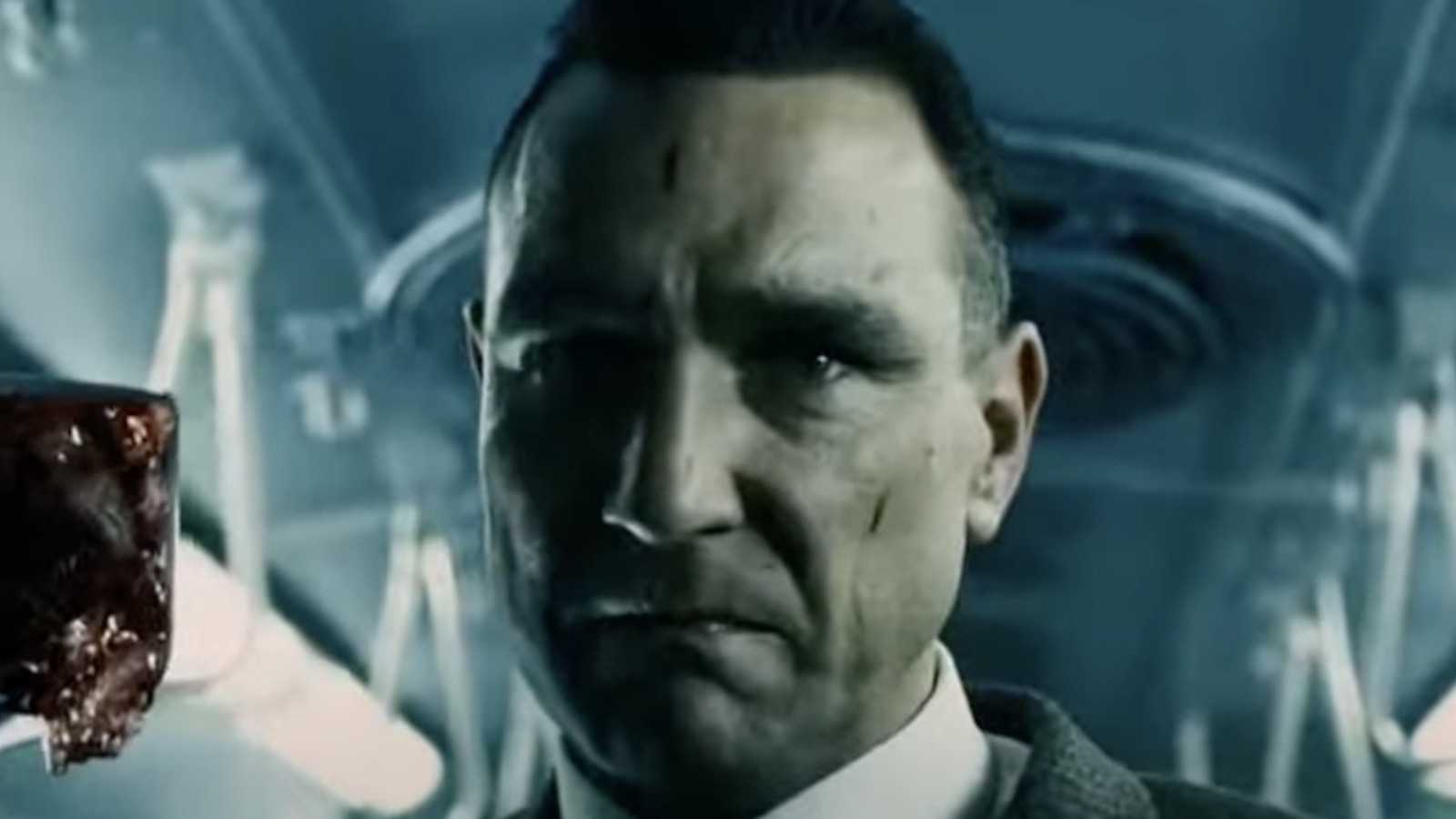 Together, Leon and Maya cross the train, where they find Jurgis hanging on hooks along with several other victims. A battle erupts between Mahogany and Leon which sees them fight tooth and nail and severed limb to survive. Eventually, Leon gets the upper hand, throwing Mahogany off the train before it reaches its final stop, ensuring he’ll definitely be back for one last scare. The ominous conductor, Mahogany’s handler of sorts, greets Maya and Leon, who advise his passengers to “get away from the meat,” leading them to flee the train as monstrous creatures board to devour their latest fresh delivery.

As they walk through the abandoned station, they notice piles of bones and the remnants of a world dating back centuries, before a final battle between Mahogany (who is still alive) and Leon ensues. With Maya unconscious, Leon stabs his foe in the neck with one of the many available bones, leaving the monster-man grinning with a mouthful of blood. In his dying breaths, Mahogany says one word, “welcome,” ushering Leon into a terrifying new journey. Interestingly, this was the second notable character in Jones’ career who remained silent for most of the film until its closing act. Six years earlier, Jones played The Sphinx in the remake of Dominic Sena’s ‘Gone in Sixty Seconds’, which saw him have a lengthy monologue in the film’s final moments, proving he never really had need to say a lot to get their point across.

Universities must not allow anti-Semitism to persist