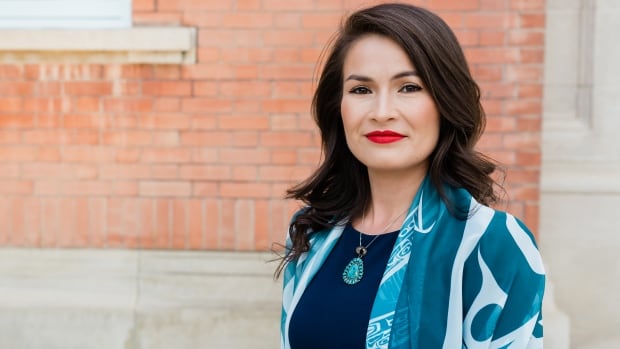 A First Nations researcher says Canada’s residential school records need to be made public to fully understand the scope of what happened in schools and to help communities heal.

Over the past decade, Tiffany Prete has researched the history of residential schools in the Kainai (Blood) First Nation trying to piece together what happened to the victims and survivors.

Her ancestors, including her mother and grandmother, were sent to St. Paul’s and St. Mary’s Residential Schools in the Kainai First Nation.

After the Cowessess First Nation in Saskatchewan announced the preliminary results of 751 anonymous graves in a cemetery near the former Marieval Indian Residential School on Friday, the Catholic religious order that operated the residential schools said it would disclose all historical documents.

For Prete, who has devoted most of her research to finding public and private historical documents, this is incredible news, but she wants documents across Canada to be made public.

“We know from our ancestors, and the survivors have said that there are many more graves across Canada that have yet to be disclosed. So everyone could benefit from these records available to them,” he said. said Prete, adjunct professor at the University of Alberta. and postdoctoral fellow at the Werklund School of Education at the University of Calgary.

Although news of the discoveries sent shockwaves across the country, Prete said it was not surprising to indigenous peoples.

â€œThis is something we heard about growing up around people who have survived things like this,â€ she said. “So that doesn’t shock me. It’s very, very sad but we already knew it existed.”

â€œI really wanted to be able to help change some of these negative perceptions that currently exist in Canada about the way people look at Indigenous peoples. ”

The work has been a challenge. Prete reviewed government policy and memos. She has collaborated with museums and archives, both public and private. She said public records were easy to access, but private records took time and effort.

It was through conversations with different archivists that she said she learned of their existence and even then the process of acquiring these records was hard work.

Prete said there was also a lot of paperwork and meetings with staff to see the records themselves and more paperwork to get copies.

She said there are still a lot of restricted documents that she was unable to access.

â€œI think it would be very beneficial for people to be able to see what this restricted material is,â€ she said.

Access to these records is essential to understanding what happened in these schools and for the current generation to move forward, Prete said.

Prete said she also wanted to see the implementation of the Truth and Reconciliation Commission’s calls to action, especially number 78, to remember the history of residential schools.

Edmonton AM8:01Research on the history of residential schools in Alberta

We’ll talk to a woman in the Blood Reserve about the challenges of finding out what happened to the students who never made it home. 8:01

Support is available for anyone affected by the lingering effects of residential schools and for those triggered by the latest reports.

Money Magazine names St. Olaf one of the “Best Colleges in the Midwest”…