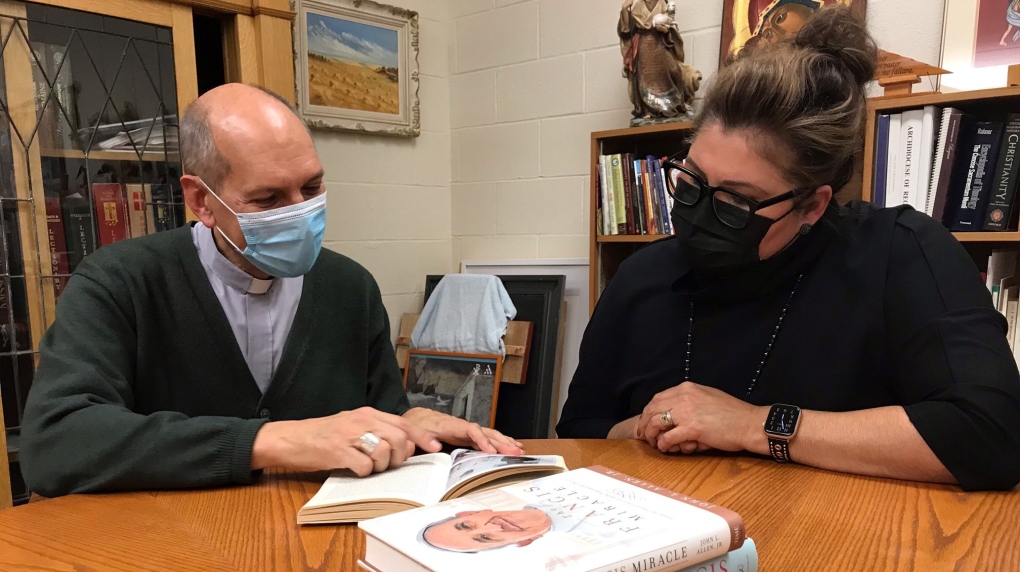 A small group of people representing the Archdiocese of Regina hope that an upcoming trip to Rome to meet with Pope Francis on the role of the church in residential schools will give them a better understanding of the experiences of Indigenous peoples.

The Archbishop of Regina, Donald Bolen, attends the meetings on behalf of the Canadian Conference of Catholic Bishops, which initiated and organized the visit with Pope Francis.

â€œIt is a great privilege to accompany the indigenous delegation on this trip,â€ said Archbishop Bolen. â€œThere has been a longstanding demand from Indigenous peoples for the church to engage with the legacy of the past and our involvement in residential schools. We have sought to do this in several ways.

For five years, Bolen was involved in an episcopal task force on Indigenous relations. He said the idea for the trip initially sprouted years ago, but was delayed due to the pandemic.

“I think [the trip] is important for me because it is important for the indigenous peoples whom I have the privilege to know and with what they have suffered, and to respond with all his heart, â€he said. â€œI am optimistic that this will allow us to take a few steps forward.

Bolen said he hopes the meetings will serve as a seed for good things to come after they are concluded.

â€œWhat I hope for is a very positive experience. An experience of being heard, welcomed and responded to. Something that gives a new confidence that the Catholic Church really wants to recognize the mistakes of the past, really wants to walk with indigenous peoples today, wants to listen to the survivors and wants to engage with them in new projects and initiatives that can help us move forward in the right direction.

In addition to the bishops’ working group, primary school delegates will participate in three private meetings with the Pope. They were chosen in consultation with three national organizations: the Assembly of First Nations, the MÃ©tis National Council and the Inuit Tapiriit Kanatami.

Secondary delegates will be present at a larger gathering with the Pope at the end of the trip, as well as various visits and events scheduled between meetings with the Pope.

The Archdiocese of Regina invited two secondary delegates to join the trip: Joanna Landry and Susan Beaudin. Both women are actively involved in truth and reconciliation work in and around the city to help bridge the gap between indigenous communities and the Catholic Church.

Landry, who is the Superintendent of Catholic Schools in Regina, has worked closely with the Archdiocese of Regina for over five years and has been an educator for 26 years.

â€œI want to get people moving,â€ Landry said. â€œThe story, particularly the story of the residential schools, the effects of it all and its impact on children in the education system, from trauma to mental health. “

Landry, whose mother is a survivor of Marieval Indian Residential School and whose father attended MÃ©tis day school, said she has felt the intergenerational effects of the schools due to a loss of culture and language.

She hopes to have the opportunity to share a small part of her story with the Pope. She said it was an honor to be on the trip.

â€œI never thought it would be a reality for me to be a part of this. It’s going to be a day in history, â€she said.

Landry said she would like the Pope to end the meetings with a better understanding of the lived experience of indigenous peoples.

â€œI think it’s important for people to learn firsthand and share these stories in a face-to-face conversation,â€ she said. â€œI hope the Pope understands how important it is to move forward and that this is seen as a way to walk together and really learn from each other about the impacts of residential schools.

She also hopes it will be a healing experience for other Indigenous people who share their own stories.

She said that while it has always been important that this meeting take place, the discovery of so many anonymous graves in Canada over the past few months has really brought the reasoning to the fore.

â€œI think the discovery of the anonymous graves and these children really opened the eyes of many,â€ she said.

â€œI think it’s really important that people understand that a lot has happened and I hope that was part of the push to really see the validity or the importance of why we need to get together and have these conversations with the Pope. “

Southern Saskatchewan will also be represented by key delegates attending the meetings, including Chief Marie-Anne Day Walker-Pelletier, who was Chief of the Okanese First Nation for almost 40 years before retiring. She was one of 13 people selected by the Assembly of First Nations to be the lead delegate.

The MÃ©tis National Council chose Louise Simard of Regina to be one of its delegates.

Events with the Pope will run from December 17 to 20.