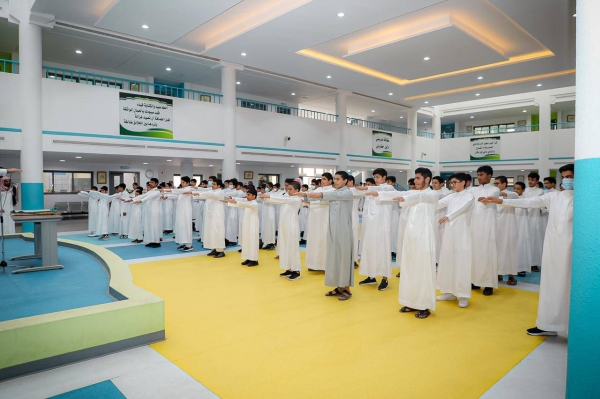 Schools and universities play an important role in the fight against extremism: Etidal

Riyadh — The Global Center for Countering Extremist Ideology (Etidal) has confirmed that schools and universities have an important role to play in ensuring the success of efforts in countering extremist ideology.

Etidal said that schools and universities also contribute to sensitizing male and female students on the values ​​of coexistence and human diversity, which are considered an important issue to build, grow and achieve the ambitions of individuals.

Schools and universities have a strong impact on all students, as they can warn them of the danger of extremism and its strong negative effects on the lives of individuals and on the people around them.

Etidal said that the efforts of the counter extremism initiative go a long way in protecting young people who are targeted by extremist ideology groups and organizations that lure them with false and false letters and speeches.

The center has revealed 4 tools that help increase moderation among students, which are: show the importance of diversifying human gains that enhance individual growth.

Among the tools, Etidal said that it is necessary to show students a model of success that has a positive impact in society, as well as to always push students to increase their self-confidence and trust in societies.

Moreover, he called for encouraging students to participate and have a positive interaction with different social activities.