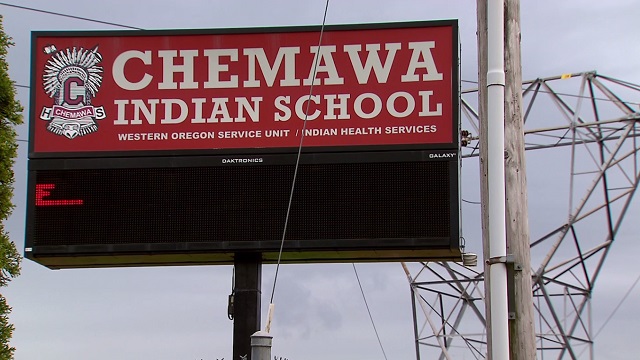 In a letter co-signed to Mark Lee Greenblatt on October 25, lawmakers called for transparency.

Schrader and Bonamici heard about the Indian school in Chemawa

â€œThis is a letter from an ongoing investigation that we have been doing for years because we are so dissatisfied,â€ Merkley said. â€œWe are dissatisfied with the school’s financial practices, the lack of transparency in their accounting and a complete void as to the role of the school board in exercising real leadership.

According to the letter, the allegations of financial mismanagement of school funds date back to 2015.

Senators cited a review by the Office of the Inspector General of the US Department of the Interior in July 2015, which found that the Indian school in Chemawa “did not properly assess the academic needs of its students” and was ” unable to effectively prioritize its resources to ensure the academic success of its student population.

Since the 2015 report, lawmakers say they have yet to receive financial data from the school, despite multiple requests.

In an interview with KOIN 6 News, Merkley said, “We are not convinced that our Native American children in school are getting the opportunity they fully deserve, and we can do better.”

Most of the alleged allegations described in the letter relate to concerns that money for student programs has been mismanaged.

Asked about the alleged allegations, Merkley said: ‘While I cannot go into details, they all fall into the general category that funds have been poorly spent in many ways and not directed to programs. that the school is supposed to provide. for kids, â€Merkley continued. “And that is simply unacceptable.”

Currently, no federal charges have been filed against the school regarding these alleged allegations.

In the October letter, senators acknowledged that the allegations had been difficult to investigate due to the school’s â€œopaque financial practicesâ€, citing the lack of a â€œsatisfactory responseâ€ to their requests as a source of concern.

â€œChemawa students and their families deserve answers to these questions that have been hanging around the school for far too long,â€ Wyden said in a statement to KOIN 6 News. “This is why Senator Merkley and I are pushing federal agencies for answers that offer a quick path to resolution and transparency that include steps such as annual budget audits, quarterly financial reviews, visits to significant monitoring sites and a functioning school board. “

Wyden continued, “All of these supervisory steps are essential for these students to have the best chance of success.”

Both senators say they have yet to receive a response from the Inspector General regarding the letter or requests for the agency to update its 2015 review of the school.

KOIN 6 News contacted the US Department of the Interior’s Office of the Inspector General and received the following statement:

We have received the senators’ request for the Chemawa Indian School and it is currently under review. Overseeing the taxpayer dollars that funds Native American schools and making recommendations for improvement is a priority for our office. We have repeatedly identified the management of Indian schools as a major challenge facing the Home Office and have issued reports regarding conditions in school facilities and monitoring of school expenses, among other issues.

The Indian school of Chemawa and the Indian Education Bureau did not immediately respond to inquiries from KOIN 6 regarding the alleged allegations and the letter posed by Senators Merkley and Wyden.