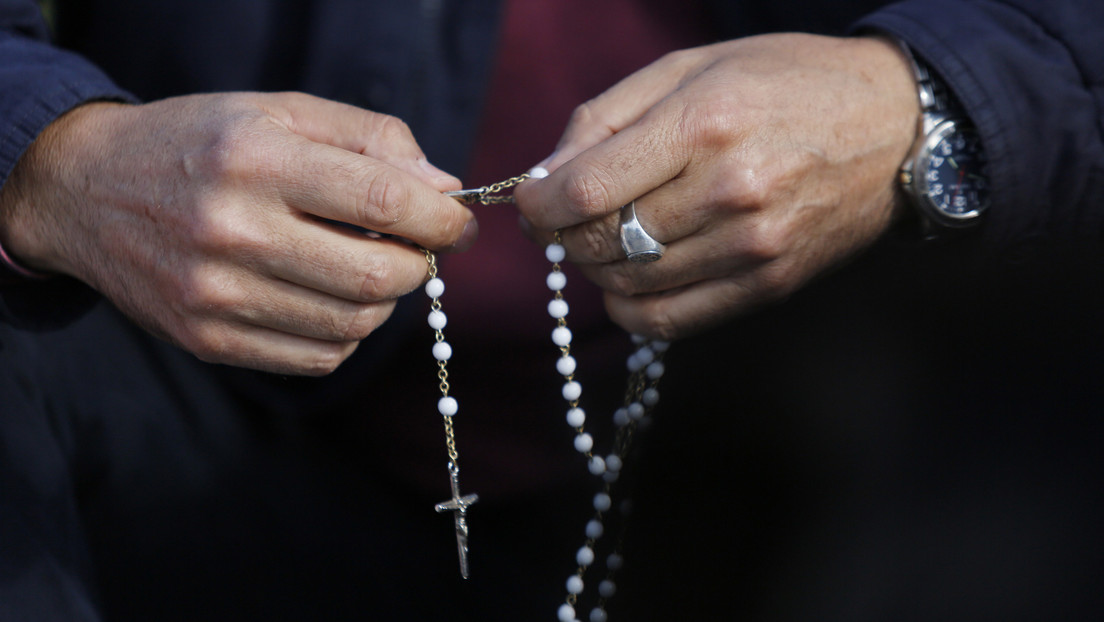 He told them that he had to examine their bodies like a father would with his children, to see if they had any disease. He stroked them. He manipulated them by warning them that he was the representative of God. He humiliated them. He subjugated them.

This is how an ex-religion and two ex-novices described the abuse they suffered by the Argentinian priest AgustÃ­n Rosa Torino, who will finally sit tomorrow in a court that will try him for three cases of aggravated sexual abuse. by being a minister of worship.

In total, there will be eight hearings that will culminate on July 8 with a verdict that will set a precedent, since it is the first trial for ecclesiastical abuse in Salta, a northern province known for its conservatism and where the defendant founded the Instituto Hermanos DiscÃ­pulos de JesÃºs de San Juan Bautista, in which priests were trained.

The Institute was closed in 2019 by order of the Vatican. By this time, four years had already passed since the first complaints and Rosa Torino, who was arrested in 2016, was under house arrest over alleged health problems.

DID YOU KNOW THAT WE ARE UP TO DATE OF A HISTORICAL TRIAL? The abusive priest AgustÃ­n Rosa Torino faces an unprecedented trial. Founder of the Congregation of the Disciples of Jesus of San Juan Bautista, a community he used to abuse, manipulate and commit crimes. pic.twitter.com/wgmmN0nSXl

The justice to which victims aspire is, however, closer. From this Friday, judges Maximiliano Troyano, Roberto Faustino Lezcano and Norma Vera will lead a trial which, in accordance with the aforementioned crimes, can lead to sentences of up to 20 years in prison.

The statements survivors made to various media coincide with the modus operandi of a priest who had broad social recognition in Salta. In the case of the two ex-novices, the aggravating factor is that they were minors. In addition, they had come to him to tell him about previous abuse he had suffered. Instead of helping them, he asked them to be silent so as not to affect the congregation. And he mistreated them again.

The formal accusation will be brought by the prosecutor MarÃ­a LujÃ¡n Sodero Calvet, who, during the prosecution that led to the trial, explained that more than 20 witnesses had confirmed the accusations of the plaintiffs. They even warned that there were many more cases, but the victims preferred not to report so as not to remember the trauma they suffered.

In 2019, the unrest generated by the allegations of sexual abuse against Rosa Torino was intensified by an investigation by the Todo Noticias channel which revealed that the priest is also accused of alleged money laundering of the Mexican cartel of Sinaloa.

Journalist Miriam Lewin interviewed a former member of the Institute founded by the priest, who told her he doubted the origin and intentions of the benefactors who helped Rosa Torino.

â€œWe were suspicious because we didn’t know what they were working on and there was a lot of money, a lot of luxury. They were sinister peopleThey said they had small businesses, but they never did. Once, two brothers went to a place full of armed guys and told them they had to bless a field of sheep. They were terrified, one of them immediately understood the situation, â€said the witness, who also began to suspect that contract killers were being hired.

â€œDrug traffickers usually go to churches, they are very religious, and ask for blessings before operations and shootings. They would kiss your rosary and say â€œlittle mother, little fatherâ€. Once they went to the convent for the superior to bless them because the village priest was not there. They parked a lot of cars. It was impossible to say no, they were like 30 armed monkeys, â€he said.

Another former member of the congregation assured that on one occasion more than 50 members of the Institute traveled from Mexico to Argentina and that They were bringing thousands of dollars in cash that they would have given to Rosa Torino.

At the end of the sexual abuse trial, the priest could face new proceedings for alleged money laundering, although the case has not made substantial progress in the courts of Salta.

Until 2017, according to an investigation by the Telam agency, in Argentina, 59 priests and three nuns were accused of sexual abuse. Eight had been convicted. And only three had been kicked out of the priesthood.

Since then, more and more cases have been made visible thanks in part to the work of Argentina’s Church Abuse Survivors Network, which lobbies the justice system to act and end impunity. which this type of crime has enjoyed in the world, mainly due to the protection of the Catholic Church.

One of the most shocking trials, due to the number of victims and the perversities committed, culminated in November 2019 with the convictions of the priests Horacio Corbacho (59 years) and Nicola Corradi (83) to 45 and 42 years in prison, respectively, for having tortured and sexually abused, between 2005 and 2016, some twenty hearing-impaired minors between the ages of seven and 17 who lived at the Instituto PrÃ³volo, a religious boarding school located in the province from Mendoza, 1,000 kilometers west of Buenos Aires.

The process was historic and emblematic at the international level for several reasons: the gravity of the events denounced; the decades of the attacks; the weight of the sentences inflicted on members of the Catholic Church; the role played by this institution in the preservation of previous complaints against reservists; the use of convicts according to their position of power; the demonstration that one of these priests had already committed abuses in Italy, and the vulnerability of the victims.

Last May, this case reached a new stage with the opening of the trial against the Kosaka Kumiko, a 46-year-old Japanese nun who was arrested in 2017 after being on the run and has since been under house arrest in a convent.

The nun started working at the PrÃ³volo in 2007 and, according to the testimonies of the victims, it was she who took them to the abusive priests. For this, he chose the most submissive children, those who knew the least how to defend themselves; he put them in diapers to cover evidence of rape and also sexually abused girls or asked them to touch each other to see them. This is why he faces the most serious charges: aggravated sexual abuse, corruption of minors and principal participant by omission.

Disclaimer: This article is generated from the feed and is not edited by our team.