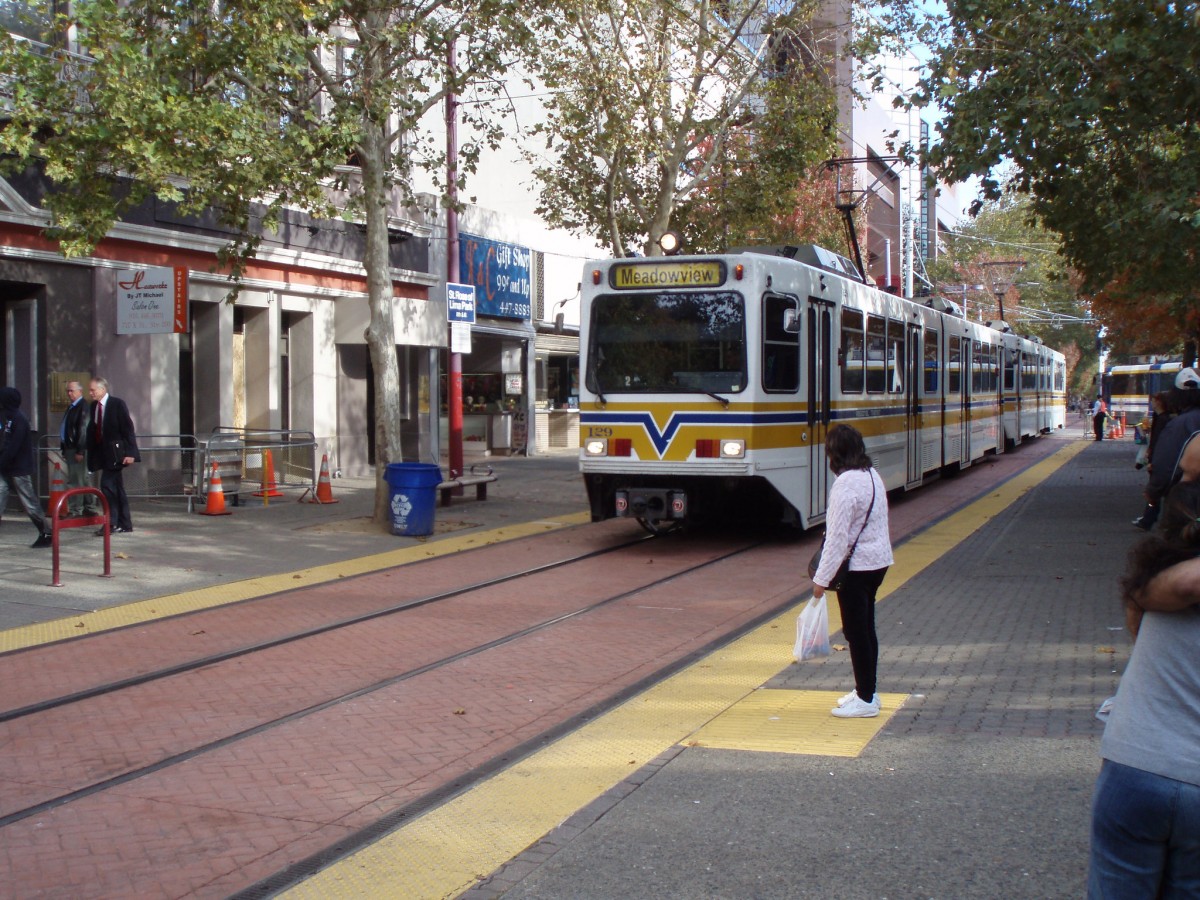 After decades of going their separate ways, Sacramento’s transit agencies are discovering they can provide better service by working together.

EDITOR’S NOTE: This is the second in a short series of three articles on urban transit systems and the benefits and barriers of integrating them with regional transit providers. Don’t miss the first story, about the twin cities.

The reason is twofold. The first concerns money. For years, Sacramento’s transit agency, colloquially known as SacRT, struggled to make ends meet, even before the pandemic. She had no reserves and relied on lines of credit to make her paycheck.

Their services are urgently needed, however, as the area has one of the worst air qualities in the country, according to the American Lung Association. It is also difficult to get around without a car in much of Sacramento and outlying incorporated and unincorporated communities due to its suburban nature. Outside of rush hour, it takes one hour and thirty minutes to take the bus and light rail from Sacramento’s immediate southern suburb of Elk Grove to downtown Sacramento, compared to only twenty minutes by car.

Sprawl and inadequate public transportation posed the most challenges for people with reduced mobility, who had to travel between paratransit providers at city borders to get where they needed to go. But the merger of SacRT with commuter transit networks in recent years has made it easier for people who rely on paratransit to get around the area.

“You don’t need to transfer at city borders and pay extra to catch SacRT’s ADA paratransit service. You can [now] get that one seat ride [from Elk Grove] to Folsom, or the airport or even the UC Davis medical campus,” said agency chief of staff Chris Flores, referring to two cities whose transit agencies have merged with SacRT in recent years.

Historically, public transit in Sacramento was provided by various private companies, including Pacific Gas and Electric, which operated the city’s streetcar system from 1906 to 1943 before National City Lines took over. After the streetcar system was dismantled, the agency became Sacramento’s public transportation authority in 1955 and proceeded to buy out other providers in the area over the next eighteen years.

In 1973, the California legislature created SacRT to provide transit service to a growing metropolitan area, which quadrupled between 1950 and 1970. The agency served the city and county of Sacramento, and also operated routes under contract with the City of Roseville and Citrus Heights. to the north, as well as Woodland, Davis, and West Sacramento to the west and northwest in neighboring Yolo County.

Breakups quickly started to happen. In 1987, Roseville began operating its own transit service, which continues to this day. The three neighboring communities in Yolo County began being served by YoloBus, which formed in 1989.

Communities like Elk Grove, Sacramento County’s second-largest city, have balked at joining the region’s transit system. It joined SacRT when it was incorporated in 2000, but parted ways in 2005, under contract with a private company to operate its public transport service called E-Tran. According to a 2005 Sacramento Bee article titled “Buses Roll – New Elk Grove Service Off to a Promising, Bumpy Start,” the split was fueled by a study commissioned by both SacRT and the city in 2003, which found revealed that the city was not getting the fair share of transit it deserved.

“[We wanted to make] sure we have a certain level of service that our residents really expect,” said Christopher Jordan, director of strategic planning for Elk Grove. Shortly after Elk Grove broke away, the city created a clientele by running several commuter routes from Sacramento, including two early evening runs that departed from Sacramento’s southernmost light rail station. and took commuters directly to their homes.

According to the Sacramento Bee, E-Tran’s ridership nearly doubled, from 565,000 in 2005 to one million riders in 2007, its third year of operation. At that time, 90% of the city’s population lived within one kilometer of a bus stop, compared to 20% when SacRT was in charge.

Nevertheless, over the 14 years of E-Tran’s existence, the agency struggled with not having enough drivers, as well as running late buses. At first, their hybrid buses caught fire, forcing the city to sue the manufacturer and contractor and borrow buses from the agency it had broken up with.

A budget crisis led the city to consider joining SacRT in 2008, but ultimately the city council decided to raise fares and eliminate most weekend services. They eventually restored Saturday service.

“It’s really hard to just run your own transit service in a city that’s sort of siloed,” said deputy city manager Kara Reddig. “So [we think] the regional vision simply works better. After the CEO of SacRT announced the availability of agency drivers, Elk Grove contracted SacRT to operate its system for five years in 2019. They eventually merged on July 1, 2021, after Elk Grove discovered that their transit system worked better under SacRT than it did back then. being managed by an entrepreneur. Elk Grove was not alone; two years prior, in 2019, the town of Folsom also merged its transit system with SacRT.

Apart from the merge, SacRT brought few changes. “We [didn’t] I want to shock any of the riders or worry them that we are going to come in and cut the service or make some drastic changes,” said SacRT Acting Chief Financial Officer Jamie Adelman. They reduced the size of pocket diaries from a conventional brochure to a business card-sized flyer. The buses, which remain painted celadon green, have the SacRT logo and emblem affixed to the sides and rear. And while the route numbers remain the same, the agency has added the “E” prefix to differentiate its own routes.

As a result of the mergers, SacRT will receive all transit funding for these communities. To ensure that different parts of the region receive the fair share of money they deserve, they will report to communities how much money and service hours are invested each year.

Precious Summers, a downtown Sacramento resident, welcomes the merger because she now only has to pay for one ticket to travel between the two communities. “The Elk Grove system did not use the [Zip Pass mobile fare payment] app, so if I took the SacRT train or bus with the app, I would have to pay extra to get on the E-Tran buses,” Summers said while waiting for the light rail at Cosumnes River College with her daughter as they came back from a doctor’s appointment. “I love the merger now. I couldn’t wait for it. I’m like, we’re all in Sacramento, why isn’t there just one bus system?”

More changes could be on the horizon. Elk Grove wanted to implement microtransit in their community, but lacked the technology and expertise. Shortly after the merger, SacRT, which in 2018 introduced microtransit to the area, introduced such an area in the east of the city. The agency may expand this system to the entire community later this year.

The merger also gives the region a better chance of securing funding to expand public transit, including light rail. For more than three decades, the agency considered extending light rail to Elk Grove. In 2016, SacRT opened an extension to its blue line which stops at Cosumnes River College, a mile and a half from the city border. To woo light rail funding, Elk Grove has rezoned parts of its community to support it, which includes developing a new downtown and possibly wooing a new regional zoo, at the south end of the city.

Henry Pan 潘嘉宏 (pronouns: they/them/their) is an introverted Minneapolis-based freelance journalist who primarily reports on his lifelong passion: transportation issues. Journalism aside, they like to roam cities and nature by bike, on foot and by public transport whatever the season.

Partner of the universities of Israel and Turkey for academic collaboration

Protection against high-cost lenders in place May 1